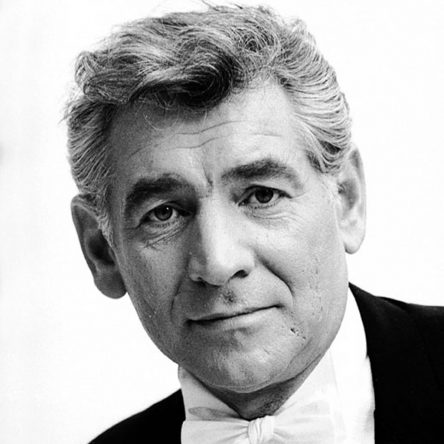 Scenes through the Cinema Lens event

It’s time to honor Leonard Bernstein, born August 25, 1918.  Many of us remember him as a flamboyant conductor of the New York Philharmonic, but he was also an articulate commentator on all kinds of music and a brilliant composer for the stage.  We’ll review various versions of On The Town, West Side Story, Wonderful Town, Candide and TV’s Omnibus. We will be featuring clips from Frank Sinatra, Carol Burnett, Tony Bennett, Stan Kenton and Billie Holiday.

“Scenes Through the Cinema Lens” is a free film retrospective curated and hosted by Krin Gabbard, who teaches in the Jazz Studies program at Columbia University. In 2014 he retired from Stony Brook University where he had, since 1981, taught classical literature, film studies, and literary theory.  His books include Psychiatry and the Cinema (1987), Jammin’ at the Margins: Jazz and the American Cinema (1996), Black Magic: White Hollywood and African American Culture (2004), Hotter Than That: The Trumpet, Jazz, and American Culture (2008), and Better Git It in Your Soul: An Interpretive Biography of Charles Mingus (2016).  At Columbia he teaches courses on jazz and American culture.